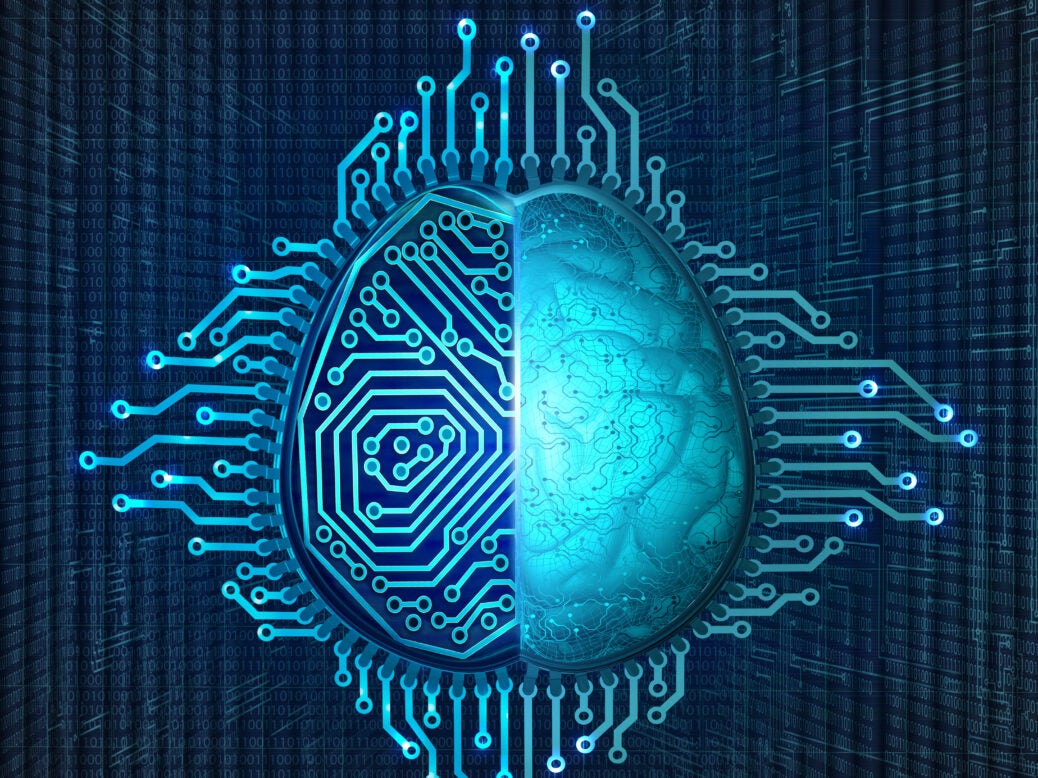 People with amyotrophic lateral sclerosis (ALS) often face serious communication challenges. A neurodegenerative condition, which affects the motor neurons in the brain and spinal cord, ALS causes progressive muscle weakening. In the later stages of the disease, patients struggle to chew, swallow, speak and even breathe.

At this point in time, patients will need to use special devices to help them with these basic functions. Sadly, there is no cure for the condition, although assistive technologies – ranging from mobility aids to high-tech communication devices – may go a long way towards improving patients’ quality of life.

This applies even when the disease is very advanced, and the patient is nearing a ‘locked-in’ state. There are various technologies on the market designed to help them make their wishes known.

“Patients who can move their eyes and fix their gaze can benefit from a commercial eye-tracker system,” says Dr Ujwal Chaudhary, a postdoctoral researcher at the University of Tubingen and managing director of ALS Voice. “Their eye movement is translated into communication – for example, the patient is able to select or not select a given character.”

Unfortunately, the disease may eventually progress to the point that eye trackers are no longer an option. At this stage, patients will require a brain-computer interface (BCI), which enables them to control a computer or another electronic device through patterns of brain activity.

Despite their game-changing potential, the BCI devices on the market today have not reached the point where they can ‘read minds’. Much like an eye-tracker system, they require the user to painstakingly select letters, one at a time.

According to GlobalData’s Medical Intelligence Center, there are currently nine devices on the market aiming to augment communication for ALS patients as well as other assistive devices. Several companies – Eyefree Assisting Communication Ltd, Eyetech Digital Systems and Tobii AB – have brought out eyetracking technology enabling users to communicate via eye movements. Others, including Cognixion Inc and NeuroChat, have developed wearable BCIs. In the case of the NeuroChat system, users can type words onto a screen using the ‘power of thought’ alone.

On top of that, there are eight devices in various stages of development, including BCIs and IoT devices. These include AI-based software, from Aural Analytics Inc, that can monitor ALS patients remotely, and a device from C Light Technologies that can measure brain activity through imaging the retina.

Perhaps most excitingly, the next few years should spell the dawn of implantable BCI technologies. The University of Wisconsin-Madison is developing an implantable brain-computer microelectrode interface for neurostimulation, while Synchron is working on an implantable brain device called Stentrode. The latter consists of a stent with 12 electrodes, which can be implanted in the patient’s motor cortex without the need for complex brain surgery. It is currently in clinical trials.

In March this year, Dr Chaudhary and his collaborators reported on the successful use of an implanted BCI in a patient with complete locked-in syndrome. As discussed in the journal Nature Communications, this was a world first.

“Really on the implanted device side, there’s nothing on the market yet,” says study co-author Dr Jonas Zimmerman, senior neuroscientist at the Wyss Center for Bio and Neuroengineering. “We’re in this pioneering phase where it’s very interesting to develop devices and get working with patients.”

The team, who were split between the University of Tubingen and the Wyss Center, began by implanting two intracortical microelectrode arrays in the patient’s motor cortex. The patient then learned to use auditory neurofeedback, in which the pattern of his brainwaves was ‘matched’ to a particular target. He was eventually able to use this system to select letters and spell out words.

“The patient stopped being able to use our eye-tracking system in December 2018 and we implanted the BCI technology with his permission in March 2019,” says Chaudhary. “For three months, all our attempts to communicate with him failed. In July, we switched to auditory neurofeedback, which the patient was able to use to communicate within two days.”

The researchers are now working to improve the ease and speed of communication. And while the technology is confined to the lab for now, further tweaks should make it suitable for a home environment. ALS Voice is seeking to raise funds, so as to be able to provide the technology to more patients.

The researchers are also working on a wireless implantable BCI device called ABILITY, which connects to either microelectrode arrays or ECoG electrode grids. This device will be able to process signals from different parts of the brain, both larger and highly specialised areas, with a view to enabling neural speech decoding. This will pave the way for more natural communication.

“There’s just no other device on the market that provides this many channels, this kind of high resolution for neural data,” says Zimmerman. “The goal is to provide communication for locked-down people, and not only binary communication – we think with more electrodes, we can extract more information from the brain and even do speech decoding.”

Through increasing the remit of what’s possible with a BCI, he thinks these kinds of devices may become attractive to more patients. That would include those who are currently using eye trackers, but find the binary letter selection process too cumbersome.

Another approach to communication

Dr Canan Dagdeverin’s team at Massachusetts Institute of Technology (MIT) is taking a different approach to helping ALS patients communicate. They have designed a stretchable, skin-like device that can be attached to a patient’s face. The device registers subtle movements, such as a twitch or a smile, before sending the information to a handheld processing unit. A library of phrases could be created to correspond to different patterns of movement.

“The user can determine a set of facial motions they’d like to use, and create a motion library,” says Dagdeverin, an assistant professor at MIT Media Lab. “Creating such a motion library allows for the expansion of say, 10 motions, into hundreds or thousands of messages.”

The device (called cFACES) consists of four piezoelectric sensors, embedded in a silicone film. Thinner than a strand of hair, it can be easily camouflaged with makeup and costs just $10. In a pilot study, the device achieved accuracies of up to 87% when distinguishing between three different motions.

Dagdeverin was inspired to develop this device after meeting Dr Stephen Hawking at a Harvard Society dinner. The famous physicist lived with a slow-progressing form of ALS, and communicated via an infrared sensor that could detect twitches of his cheek.

“Dr. Hawking exuded such a warm and patient presence with so much to tell and share, yet I sensed his struggles – it was taking too long for him to compose a sentence via his computer system,” recalls Dagdeverin. “That night, while sitting by his side, I made up my mind to design and develop a conformable interface, which would allow him and those like him to compose messages seamlessly, and thus carry on the conversation.”

The researchers have filed a patent for the technology and are now looking to achieve regulatory approval, before moving towards commercial rollout.

The benefits and drawbacks

As their functionality improves, these types of devices hold great promise for ALS patients and others who are living with limited movement.

“I think we’re going to see a lot more patients with brain implants, and we’ll learn a lot from these pioneers,” says Zimmerman. “That’s going to give us more data about their brains, and we will be able to train algorithms on that and see improvements in reliability.”

That said, he warns against getting too excited about the possibilities. The technologies remain expensive for the time being – perhaps prohibitively expensive outside of rich countries – and none of the devices being developed represent a cure for ALS.

“I think it’s dangerous to bring too much hope to people right now,” he says. “These BCI may provide temporary relief, but probably temporary as the disease is advancing. I am very optimistic about the technology, that there is going to be a benefit for people, but they are not a perfect solution.”