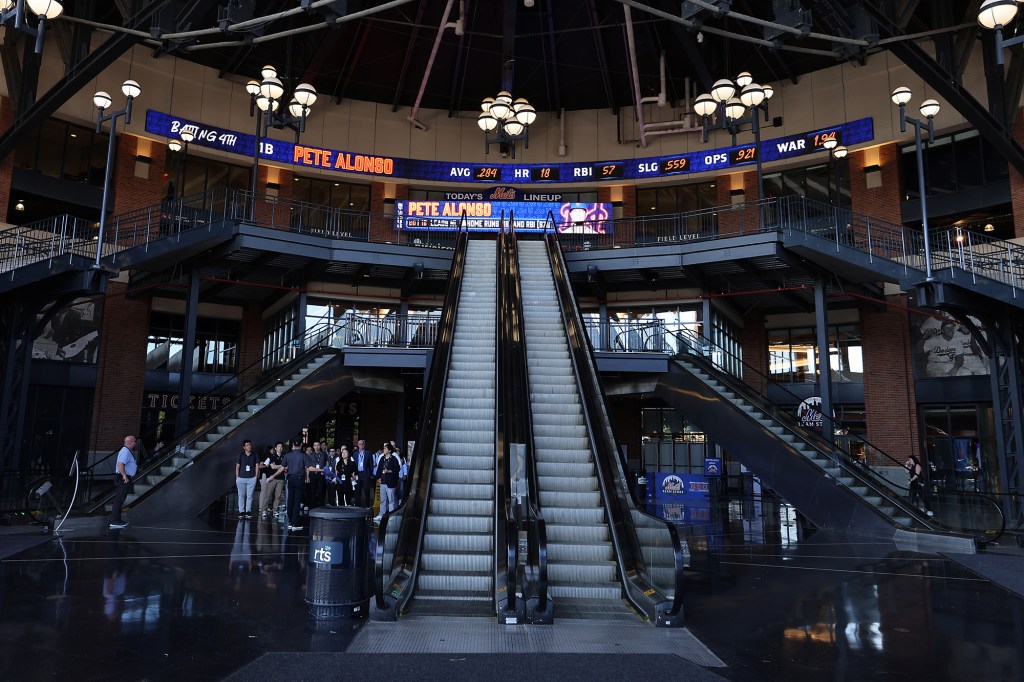 Mets owner Steve Cohen’s positive impact on his team can be seen, felt and heard all around Citi Field.

The team inked a multiyear partnership with Samsung to reinvigorate Citi Field and digitally transform the ballpark. The most visible part of the tech face-lift are 4K LED screens distributed throughout the stadium. The Mets currently have four of these 4K LED ribbon boards in right field, which they debuted at the start of the season.

An electronic lineup card that presents players in apparent 3D and sits at the forefront of the ballpark’s rotunda also was introduced this season. LED signage on the lips of the dugouts and behind home plate was introduced Tuesday night as the Mets hosted the Brewers. The screens, strategically placed throughout the ballpark so they’re visible from every seat in the house, will provide fans with enhanced replays, animations and promotions.

Complementing the screens are a collection of state-of-the-art cameras and slow-motion replay systems to ensure a more engaged fan experience.

“Five high-definition cameras are positioned so that there’s not one spot in the stadium that you can’t see,” Mark Brubaker, the chief technology officer of Cohen’s Point72 Asset Management, who is acting in the same capacity for the Mets, told The Post. “We’re able to now broadcast people’s faces on the big board, capture some of those special moments and create a little bit more experiential fun for them throughout the game.”

Brubaker said the digital renovations undertaken this season are just the tip of the iceberg. The Mets and Samsung will look to utilize sensors and data in the coming years to make visiting Citi Field a completely “frictionless experience for fans.”

Sensors scattered throughout the ballpark will provide up-to-the-minute details for lines at concession stands, bathrooms and restaurants. Over time, data collected on fans’ personal preferences will be used to recommend everything from when to use the bathroom to when to get in the beer line.

“We want it so that when a fan comes to the stadium, we can track their past experiences and learn about them and improve their experience,” Brubaker said. “We can give them tips, tactics, help them get from point A to point B.

“We can recommend to them. ‘Hey you really [want] a milkshake from Shake Shack, and in the seventh inning 80 percent of the time the line is 20 minutes long. It’s the fourth inning and right now the line is three minutes.’ ”

Accompanying the future additions will be a dynamic center-field scoreboard that’s slated to become the largest rectangular display of any stadium, as well as a smaller scoreboard that fans will be able to watch while driving past the ballpark on the highway. The Mets plan to debut those displays by next April.